What to write in a Valentine's Day 3D Cut Popup card

Valentine’s Day occurs every February 14. Across the United States and in other places around the world, candy, flowers and gifts are exchanged between loved ones, all in the name of St. Valentine

The History of Valentine’s Day

The history of early spring romance goes back to ancient times, when there were pagan festivals celebrating the blossoming of love; a fertility festival was celebrated on February 15th for this was the date when birds were supposed to begin their mating.

The tradition of sending love tokens and notes on 14th February has been around for hundreds of years, with the earliest surviving valentines dating from the 15th century.  In 2019 the World’s oldest known Valentine’s Card was sold at auction for £7,200, demonstrating the marketable obsession for this romantic tradition. Early Valentines often took the form of handwritten notes or poems, but in the 1800s, with the availability of cheap paper and development of new printing techniques, Valentine’s Day cards became available to everyone as well as artists and poets.

Cupid is often portrayed on Valentine’s Day cards as a naked cherub launching arrows of love at unsuspecting lovers. But the Roman God Cupid has his roots in Greek mythology as the Greek god of love, Eros. Accounts of his birth vary; some say he is the son of NYX and Erebus; others, of Aphrodite and Ares; still others suggest he is the son of Iris and Zephyrus or even Aphrodite and Zeus (who would have been both his father and grandfather).

According to the Greek Archaic poets, Eros was a handsome immortal played with the emotions of Gods and men, using golden arrows to incite love and leaden ones to show aversion. It wasn’t until the Hellenistic period that he began to be portrayed as the mischievous, chubby child he’d become on Valentine’s Day cards.

By the middle of the 18th, it was common for friends and lovers of all social classes to exchange small tokens of affection or handwritten notes, and by 1900 printed cards began to replace written letters due to improvements in printing technology. Ready-made cards were an easy way for people to express their emotions in a time when direct expression of one’s feelings was discouraged. Cheaper postage rates also contributed to an increase in the popularity of sending Valentine’s Day greetings.

Americans probably began exchanging hand-made valentines in the early 1700s. In the 1840s, Esther A. Howland began selling the first mass-produced valentines in America. Howland, known as the “Mother of the Valentine,” made elaborate creations with real lace, ribbons and colorful pictures known as “scrap.” Today, according to the Greeting Card Association, an estimated 145 million Valentine’s Day cards are sent each year, making Valentine’s Day the second largest card-sending holiday of the year (more cards are sent at Christmas). 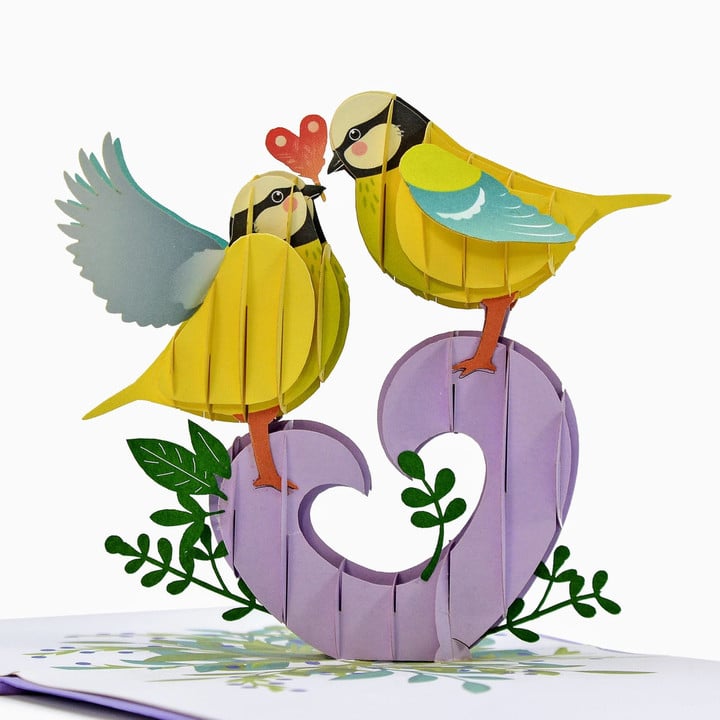 If you usually buy flowers and chocolates, why not add something extra special and write down your true feelings in one of our 3D popup cards? Not everyone has a way with words, especially romantic ones, so browse our inspiration for Valentine’s Day card messages to your partner

All our cards are sent in an envelope, so they are ready to be sent directly to the recipient.