Home / Articles / Greeting card and Halloween season in the USA

Greeting card and Halloween season in the USA

A Halloween card is a greeting card associated with Halloween. The concept originated in the 1890s United States, experiencing a peak of popularity there in the early 1900s.

Until the advent of the common home telephone, Halloween cards occupied a role similar to Christmas cards and birthday cards. Today, many cards from the popular designers of the period are sought after as memorabilia.

The popularity of Halloween cards rivaled that of Christmas cards until about 1930, by which time telephones were common household items and began supplanting the use of greeting cards. Halloween-themed postal cards were sold in post offices and by private printers with displays in general stores. 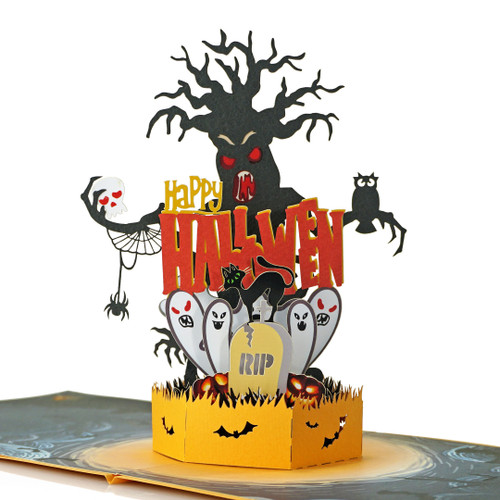 Of the over 3,000 cards produced in the United States during this period, many depicted themes common to the modern tradition, including witches, pumpkins, and goblins. Other Halloween postcard themes included fortune-telling and romance or courtship.] Designs also reflected the racism in the United States of the era: of the postcards produced by the Rust Craft Greeting Card Company from 1927 to 1959 catalogued by Wendy Morris, twelve categories of ethnic imagery were identified. The most common theme being black children, appearing on 42% of cards depicting an ethnic or racial difference from the white majority.

The celebration of Halloween was extremely limited in colonial New England because of the rigid Protestant belief systems there. Halloween was much more common in Maryland and the southern colonies.

As the beliefs and customs of different European ethnic groups and the American Indians meshed, a distinctly American version of Halloween began to emerge. The first celebrations included “play parties,” which were public events held to celebrate the harvest. Neighbors would share stories of the dead, tell each other’s fortunes, dance and sing. 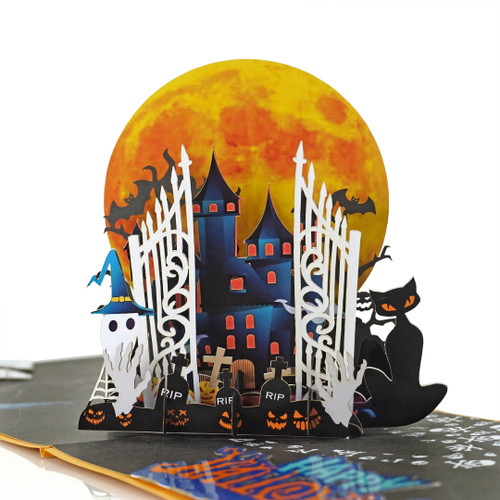 The tradition of Halloween was carried to America by the immigrating Europeans. Some of the traditions changed a little, though. For example, on Halloween in Europe some people would carry lanterns made from turnips. In America, pumpkins were more common. So people began putting candles inside them and using them as lanterns. That is why you see Jack 'o lanterns today.

These days Halloween is not usually considered a religious holiday. It is primarily a fun day for children. Children dress up in costumes like people did a thousand years ago. But instead of worrying about evil spirits, they go from house to house. They knock on doors and say "trick or treat." The owner of each house gives candy or something special to each trick or treater.

Halloween falls on October 31st each year in North America and other parts of the world. Like many other holidays, Halloween has evolved and changed throughout history. Over 2,000 years ago people called the Celts lived in what is now Ireland, the UK, and parts of Northern France. November 1 was their New Year's Day. They believed that the night before the New Year (October 31) was a time when the living and the dead came together.

More than a thousand years ago the Christian church named November 1 All Saints Day (also called All Hallows.) This was a special holy day to honor the saints and other people who died for their religion. The night before All Hallows was called Hallows Eve. Later the name was changed to Halloween.

Like the Celts, the Europeans of that time also believed that the spirits of the dead would visit the earth on Halloween. They worried that evil spirits would cause problems or hurt them. So on that night people wore costumes that looked like ghosts or other evil creatures. They thought if they dressed like that, the spirits would think they were also dead and not harm them.