The dove has been a symbol of peace and innocence for thousands of years in many different cultures. In ancient Greek mythology it was a symbol of love and the renewal of life and in ancient Japan a dove carrying a sword symbolized the end of war. Early Christians portrayed baptism accompanied by a dove, often on their sepulchers and in the story of Noah in the Bible, when the flood waters receded, Noah sent out a dove which returned with an olive leaf, to show that the Biblical flood was over and that life had returned to Earth. Ever since, in the Christian faith, the dove has symbolized deliverance and God’s forgiveness

The symbol “Dove of Peace” Picasso had created for the First International Peace Conference in Paris in 1949. It had become a symbol for the peace movement, the Communist Party, and other liberal groups.  Soon afterwards, the Dove of Peace became a popular symbol for campaigners of peace, liberation and equality all around the world.

You can use a pigeon pop up card in a box to give to everyone like a thank you cards, or sent to your family and friends during the holidays. It is especially for Happy Birthday, Easter Mother’s Day, send a popup card featuring a flock of white doves  on a blue background. 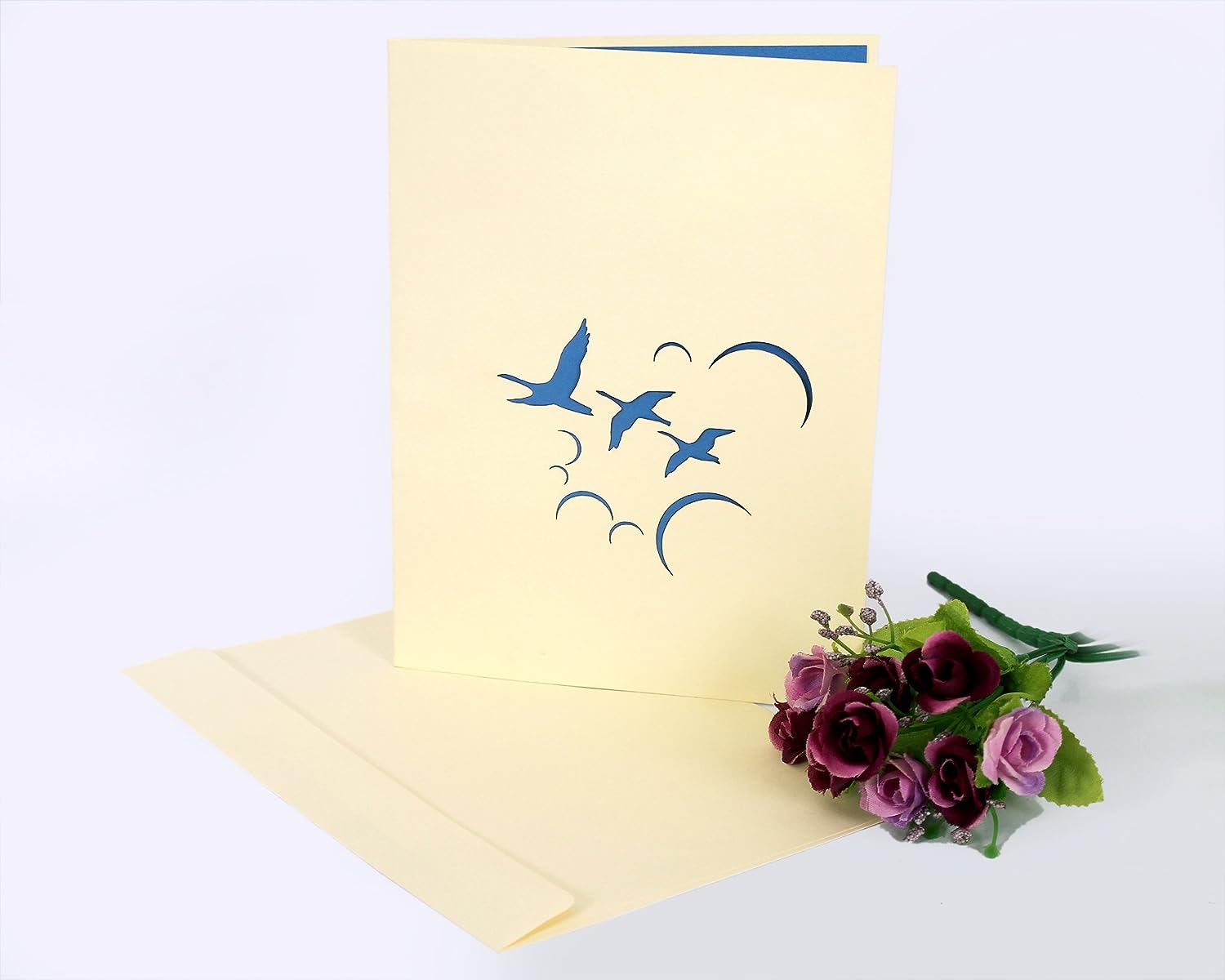 These happy birthday pop up cards are made by hand completely, it will make a surprise for the recipient. If you want to place a larger order with a lower price, please leave your information at this link: https://store.cutpopup.com/contact